Fifteen years vanished into nothingness as the Class of 1999 gathered for a weekend of celebration and laughter. A huge THANK YOU must go to Joan Tuff of the Alumni Office who worked tirelessly throughout the year to arrange the memorable weekend. The Class of 1999 salutes Joan and bids her a fond farewell as she begins her retirement at the end of 2014.

Our reunion actually began on Monday 10th November when the organising committee – Teresa Jennings, Maria Phalime and Alison Berrisford – met to finalise the arrangements for the weekend. We were joined by the Master of Ceremonies for the dinner, Andrew Brandt, and Nazli Daniels who very kindly hosted us in her home. The empty boxes of pizza and bottles of wine that remained when we finally parted ways after midnight were a fitting prelude to what was to become a fantastic weekend!

The formal reunion proceedings began with a cocktail function at medical school on a cold and wet Friday 14th November. We each received our informative reunion packs and name badges, though the name badges quickly became redundant as memories flooded back. A total of 37 classmates attended and we were joined by a handful of our favourite teachers – Prof Janet Seggie, Prof Cynthia Sikakana, Prof Arderne Forder and Prof Graham Louw. Many of us were surprised to see that, save for a few grey hairs, our teachers looked exactly the same as we remembered.

The Dean of the Faculty of Health Sciences, Prof Wim de Villiers, delivered the keynote address. Many in attendance were meeting Prof de Villiers for the first time and we were impressed by his vision to continue to advance the national and international standing of the Faculty in the area of research. His impassioned plea for us to continue to support UCT was well received.

The rest of the evening was filled with laughter and conversation, and by the end of it many old friendships had been rekindled. 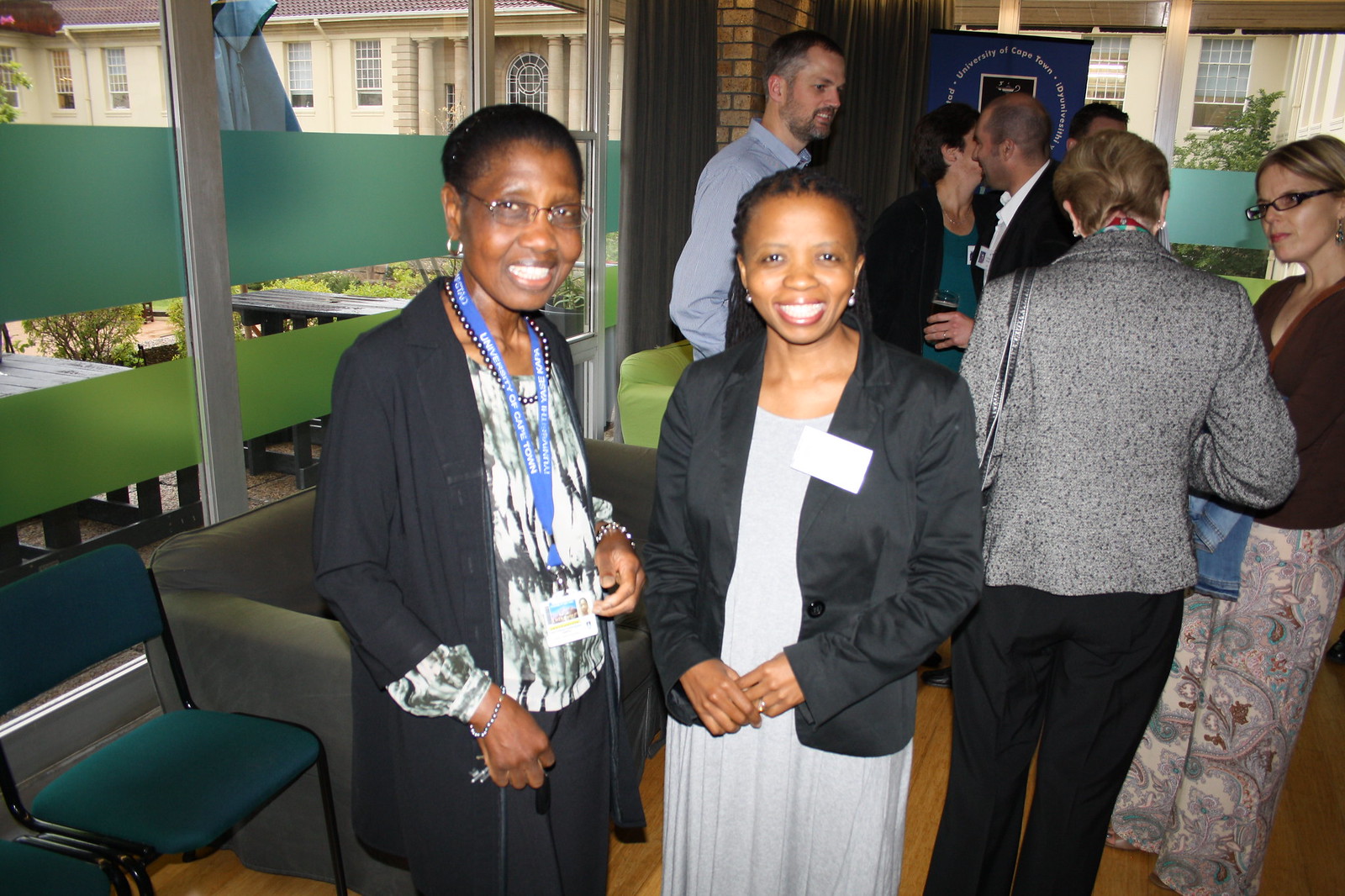 The visit to the Heart of Cape Town Museum on Saturday morning was an eye-opener for all, especially the three children who accompanied the 9 adults who attended. The party was taken on a tour of the site of the very first heart transplant, and they were enthralled by the story of Denise Darvall, the young woman whose fateful outing to buy cream cake in Salt River led to a tragedy which made hers the most famous heart in history. How poignant, then, that Dr Marius Barnard, brother to the more famous Christiaan Barnard, who was an integral part of that first transplant, had died the day before the tour.

The reunion dinner was held at Smuts Hall on Upper Campus on Saturday evening, with 55 classmates – most with their partners – attending. We began by taking the class photo, a process which could easily have become a logistical nightmare had it not been for the very capable photographer who had clearly had ample experience photographing groups of children and small animals.

Back in the reception hall it was Andrew’s turn to take to the stage. There was nowhere to hide as he addressed each classmate in turn, reminding us of things we wish had long been forgotten. In fairness he did exercise some restraint, though at times he simply couldn’t contain his exuberance. A brilliant MC! Thank you so much, Andy, for making sure that any pretences that any of us may have brought to the dinner were well and truly annihilated!

Our guest speaker for the evening was Dawn Garisch, a writer and General Practitioner based in Cape Town. Dawn is an award-winning author; she has published novels, poems and a nonfiction book titled Eloquent Body about her journeys in writing and medicine. She spoke about the importance of creative expression in the practice of medicine, a topic I suspect was unfamiliar to many in the audience. Many thanks to Dawn for this valuable perspective.

The reunion celebrations were rounded off at Kirstenbosch on Sunday morning where a number of classmates and their families gathered for brunch. This was a fitting setting for reflecting on the events of the weekend and making plans to stay in touch. Two families (Cupido and Phalime) arrived just as everyone else was leaving and they spent the entire afternoon picnicking next to stream.

Fifteen years went by so quickly, and while so much has happened in our lives, some things have stayed the same. It was wonderful to spend the weekend with old classmates and to catch up on each other’s lives. And while there was some discussion about what people had achieved in the 15 years since graduation, it was heart-warming to see that we were much more interested in sharing our experiences and meeting each other’s families. And laughing… a lot! That’s what really mattered.

Until the 25 year reunion!