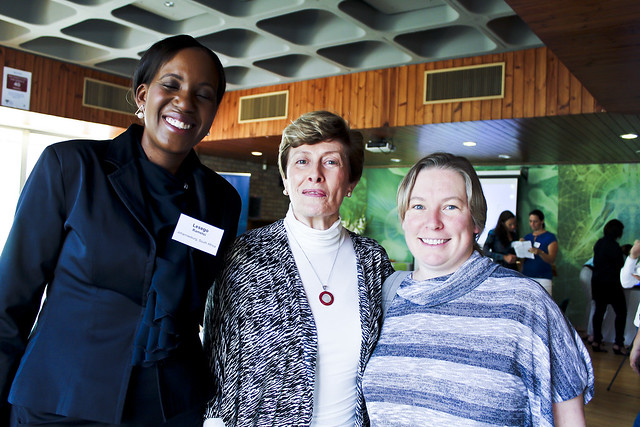 In November 2014 preparations started for the 2015 reunion. The class list was scrutinized, email addresses were cross-checked and a Facebook group was created.

On Friday evening a few of us met up for sundowner drinks in Camps Bay. This was the perfect opportunity for a good catch up chat, with much laughter and conversation taking place. We brought out our Class of 2000 book so that we could look at pictures (none of us have changed much) and compare where we were, what we wanted and the reality in 2015.

It was quite a surreal experience on Saturday morning walking into the quad outside the Barnard Fuller building of medical school campus – the same quad where we waited anxiously for our final exam results almost exactly 15 years ago. Soon the MAC club was buzzing with excitement and warm embraces. The interim dean, Prof Gregory Hussey, opened the event and placed us all in perspective, touching on the advances and developments at UCT since we had left. With a great amount of emphasis being placed on tracking graduates in medical education today, it was heartening to know that almost 60% of our class are currently practicing in South Africa. Many travelled from the UK to join the reunion and those who were unable to travel were able to watch the morning’s proceedings live-streamed on YouTube. Classmates spoke on their diverse experiences and reflected on how their undergraduate training had prepared (or not prepared) them for their future careers. The historic class of 2000 has contributed leaders to clinical departments at various universities, managers in corporate companies, hospital managers and specialists in their fields. It was indeed a privilege to hear how our class had contributed to improving the health care of South African and other international citizens, shown their mettle in times of crisis and displayed tremendous empathy and professionalism in their daily lives. We graduated at a time in history when HIV meant signing numerous death certificates and we as young, inexperienced interns were completely powerless in helping our patients and frustrated by the lack of curative care we could offer them. We now stand on the brink of offering ARVs to all citizens who require them and in treating HIV as another chronic disease - a long journey that we have walked individually and yet accomplished together. Although at the same time, many of the class reflected on how their greatest pride and joy lay in their families and children. The morning was concluded with beautiful and moving tributes to Nazreen and Mellissa – both of whom embodied enormous positivity, compassion and enthusiasm for life.

A handful of us went on a tour of the Heart of Cape Town museum which is dedicated to the first successful heart transplant that took place at Groote Schuur Hospital. It is a fabulous museum and we all thoroughly enjoyed it!

After a welcome drink on the Jammie steps and a quick sunset class photo, we headed down to Smuts Hall. The dinner was held in a wood-panelled function room overlooking Cape Town, with a beautifully laid-out long dinner table. A few quick words of welcome and then we settled in to the main purpose of the evening – catching up with our friends and colleagues. The buzz of animated conversation and laughter filled the air, while we enjoyed a fantastic three-course meal. The informal evening was a wonderful opportunity to reconnect with our classmates in a relaxed space.

A highlight for many of us was meeting up (together with our families) at Kirstenbosch Gardens on the Sunday morning. In true Cape Town style, we had four seasons in the space of 2 hours, alternating between drizzles and blisteringly hot sunshine! The kids were undeterred though and made full use of the rolling green lawns to work off some energy. It was a very special opportunity to see our friends together with their families and realise how our lives had become fuller (and busier!!) since graduation. The new Kirstenbosch “Boomslang” elevated walkway and the dinosaur and cycad exhibition were especially enjoyed by the kids.

On behalf of all who attended, we would like to extend our appreciation to Janet and the organising team for re-uniting us and contributing to the weekend’s success. We hope to stay in touch and meet up again sooner rather than later.